Two of the world’s most popular hatchback vehicles (Ford Focus and Volkswagen Golf R) were recorded in a video last month competing in a head to head drag.

The video, which is a part of the pop automotive show “head to head” hosted by Jason Cammisa and Jonny Liberman, went viral on the internet to be viewed by thousands of internet users.

The core of the race was to find which hatch is more worthy than the other, is it the well-mannered German vehicle, or the German bruiser. 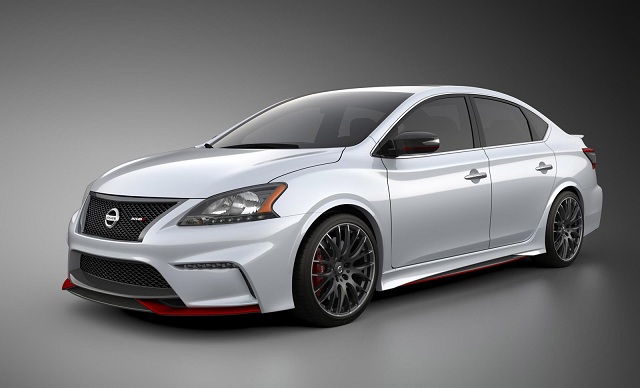 In an attempt from the Japanese giant “Nissan” to regain its leading position in the compact-car segment. The company has finally uncovered the main features of the newest Nissan Sentra.

At the Miami Auto Show held in last September, Nissan SR Turbo model made its first appearance looking mainly as a bruiser. 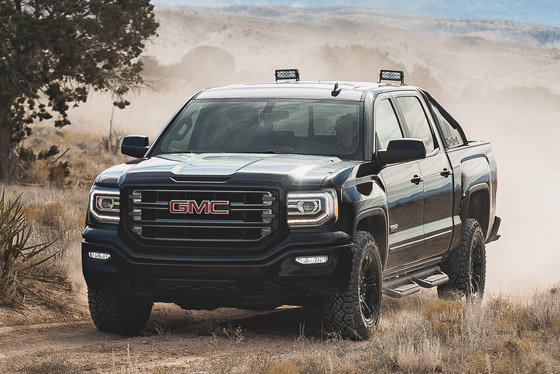 Same as its counterpart American automotive producer Chevrolet that has introduced recently the new model of Colorado 2017, GMC has took the cover off its new midsize pickup lineup for this year.

GMC announced running some new modifications on its Canyon All Terrain X, which was introduced in February. The car was principally built on 2016 Sierra platforms, but the new model will be on Canyon SLE Model.

The Japanese master automotive producer “Mitsubishi” has introduced a brand new subcompact hatchback with a lot of modifications adapted including subtle restyling, bigger power capability, economic performance, and a number of other features.

Seems like cars aren’t safe, even while standing at the dealerships before being sold to customers. A car show in Texas was surrounded by high steel fence, completely locked, and had extremely meticulous surveillance, but still, got stolen by a bunch of breakers.

Peltier Chevrolet show in Tyler, Texas knew that the hard way as a group of thieves broke in the place and stole the wheels and the tires of the cars. The whole stock of cars was ripped off its wheels and tires counting 48 vehicles.

Security cameras covering the location have succeeded in spotting the thieves. According to Automotive News, the cameras showed a van stopping by the place around 1:30 AM. However, the culprits’ identifications weren’t yet clarified. The thief had a well-drawn plan to execute their crime. First, they knocked out the bright spotlights illuminating the whole area, then they broke the locks of the main gate located behind the dealership and stormed into the lot.

It only took them a couple of hours to pinch wheels and tires worth a large sum, estimated to be 250,000 dollars. Not bad, huh?

Cars were left on blocks; however, the culprits weren’t really careful with the cars as many of them appear to be damaged.

The general manager of the dealership “David Bates” said that the agency will go through a full safety inspection to check out the conducted safety and security measures.

He assured that the dealership will get the wheels and the tires replaced as soon as possible since they have already contacted their insurance company.

At the end, Bates showed a lot of steadiness assuring that his agency can go through it despite how rough the situation is. The mal safety and security techniques adapted in the dealership raise dozens of questions and suspicions given the smoothness of the crime.

Not only did the thieves target the valuable Chevy vehicles, but they also hit inexpensive Camaros and Traverses which was noted as very off-beat.

This is not the first time for Tyler, Texas to witness such a crime. Police officers confirmed that another car dealership was hit by a similar crime last year. That’s why they believe that the town’s car dealerships are being targeted by a ring of skilled thieves.

The police forces are currently putting the case under investigation. Tyler Police Department offers 1,000 dollars for anyone submitting any piece of information that could lead to the culprits’ identities.

Despite how degenerate the crime is, but the thieves capabilities seem to be incredible in getting off wheels. How did they manage to yank the four wheels of 48 cars in only two hours??

Now the culprits have to enjoy spending the whole lot of money without being caught, which needs some nifty skills, not less than the set of skills they have in snatching wheels off standing cars.

Boosting the performance of any car depends on increasing its vitality against fuel consumption. In other words, it’s by making it more efficient in consuming gas. To make it do more work with less fuel.

However, if you don’t like to be gas dependent, or if you have been doubting about other factors that weigh in the vehicle’s vitality then we would cheerfully like to tell you that you’re right, and yes there are other factors that can make a difference.

Actually there are four perfect ways to boost the vigor of your vehicle without affecting the gas. We will demonstrate these four ways here, one after another.

Talks have been evolving for years about a prospective boost of Dodge Durango performance. But this time, it’s confirmed.

After 5 years of speculations and expectations. A confirmation has been in recently from the US-based company.

Today, Qatar became a touristic traction point since thousands of foreign tourists flock every year to visit it, especially in the latter period.

The government is working on bolstering the state’s status as an international tourism destination; this comes by hosting 2022 World Cup and various other notable events.

Tesla Company has announced in August coming up with a new battery that will enable its new Tesla model “Model S” to bolt from 0 to 100 km/h in about 2.5 seconds. In another words, the company said that the recently invented battery could make the new car the fastest production vehicle on earth.

For further complementation of car lovers worldwide, the American multinational automaker has announced releasing its first self-driving vehicle in 2021.

Ford is a historic cars manufacturer headquartered in Dearborn, Michigan, which is a suburb of Detroit City. The company was founded by Henry Ford in 1903 to build a great legacy of auto industry since then.