Dodge Durango to Get its Performance Improved

Dodge Durango to Get its Performance Improved

Talks have been evolving for years about a prospective boost of Dodge Durango performance. But this time, it’s confirmed.

After 5 years of speculations and expectations. A confirmation has been in recently from the US-based company.

The new boosted version of Dodge Durango will hold a “SRT” badge, which stands for Street & Racing Technology, a synonym of enhanced performance. Not the first SRT

Dodge Durango won’t be the first American SUV to bear the acronym SRT, the Jeep Grand Cherokee SRT had it before. However, the Durango is expected to feature totally different specialties.

This beast will have a 6.4 liter V8 engine fitted under its hood, with a capability of churning out 475 horsepower and 470 Ib-ft torque. The higher engine capacity signifies that the car weight is still the same.

The SRT version has 105 horsepower more than the current model, and pretty more ferocious looks.

A sneak peek was taken of the new model earlier this month. The Durango has similar cuts and cues of the older version, but with a limited number of added alterations.

It looks more aggressive, and the front bumper is bigger with numerous rough edges and large vent at the bottom, along with three-holed air intake system below the front grille.

The car will feature sportier wheels, athletic body panel, more aggressive hood, and a number of aerodynamic components for further improvement in performance. 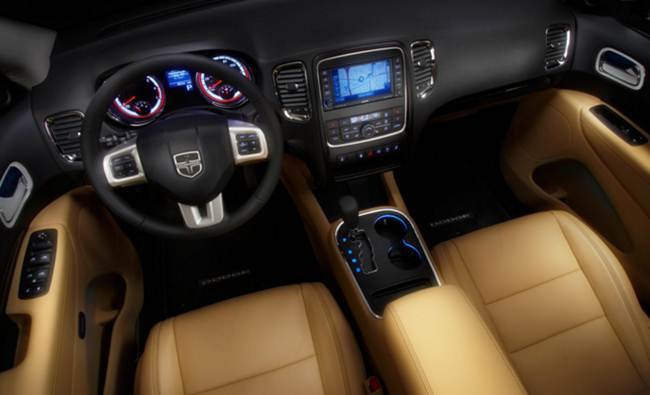 The Durango is compared in performance to the Grand Cherokee SRT. Since both vehicles share the same platform, same weight, and presumably the same engine, they are predicted to have similar 0-100 k/h time rate ranging from 4 to 4.6 seconds.

The SRT will have a tuned steering system to ensure utmost stability on turns in conjunction with 8-speed automatic transmission system and electronic four wheel drive system. 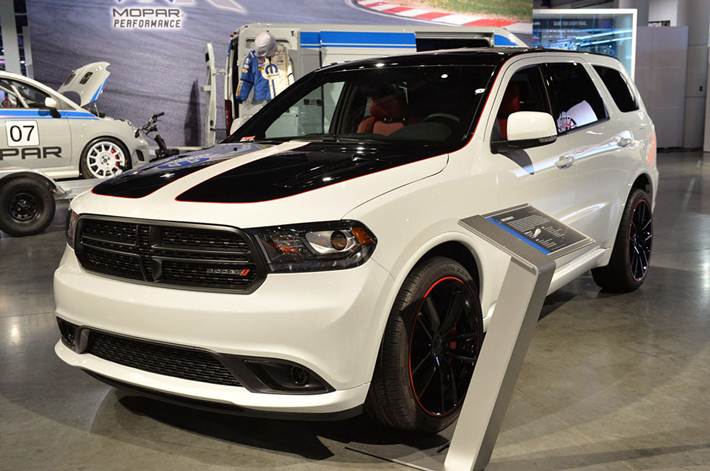 Since its debut in 2000, the Durango has seen three generations of cars which gained outstanding reputation thanks to its extraordinary performance especially in the most critical situations.

However, with the introduction of the Jeep Grand Cherokee, Dodge fans called for new modifications on their beloved car to be up for the challenge, and at last, it’s finally here.

The American automobile brand of Dodge is well vested in US history, it’s manufactured by FCA US (Fiat Chrysler Automobile), formerly known as Chrysler Group LLC.

Dodge was first a founded as a parts supplier for cars assembly lines based in Detroit. It was established under the name Dodge Brothers Company by the brothers Horace and John Dodge in 1900.

After the death of the brothers, the company was sold to Chrysler in 1928 which took upon itself building the first vehicle carrying the name “Dodge“.

The vehicles fleet of the company mainly consisted of trucks and full-sized passenger cars until the early 80s when Chrysler developed the first compact Dodge car for sake of reviving the revenues at that time.

September 30, 2016AUTO ZNo commentsCars news and reviews
No comments yet