Forget Everything You Know About the Micra – The New Nissan Micra

Forget Everything You Know About the Micra – The New Nissan Micra

Nissan has surprised everyone at the Paris motor show when she revealed the completely reworked Micra, a car that has been substantially reinvented.

From the first look, you might not even realize you are looking at a Nissan Micra. The car which was once cute, and was once known for its practicality, is now a totally new car.

With the new model, Nissan has decided to have no respect for the car’s past and what has gone, but have they pulled it off?

Yes, they have, and this is the car that might make us forgive Nissan for the quite disappointing Nissan Rogue 2017 Hybrid.

It’s also pleasant that Nissan has draped its stand in Micras of all kinds of colours and Customization options.

Although the appearance might make some worried that the design isn’t quite up to the standards, the simple models should put one’s concerns to rest.

The car’s attractive design should make manufacturers like Ford worried, as the new Micra can be a worthy adversary to the Ford Fiesta. Nissan has certainly heated up the competition.

The statements made above about the exterior design still hold true for the interior, too.

From the moment you step in, you get the feeling that Nissan has removed all the budget fixtures and fittings of the last model. Of course what was on display in Paris are the high-end models, but speaking in terms of Quality, Content and desirability, the new Micra seems to be a very pleasant place to be.

One thing that is still true here as it was for previous generations is practicality, as the car’s rear cabin and boot space still meet Nissan’s claims for the car’ competitiveness on size. 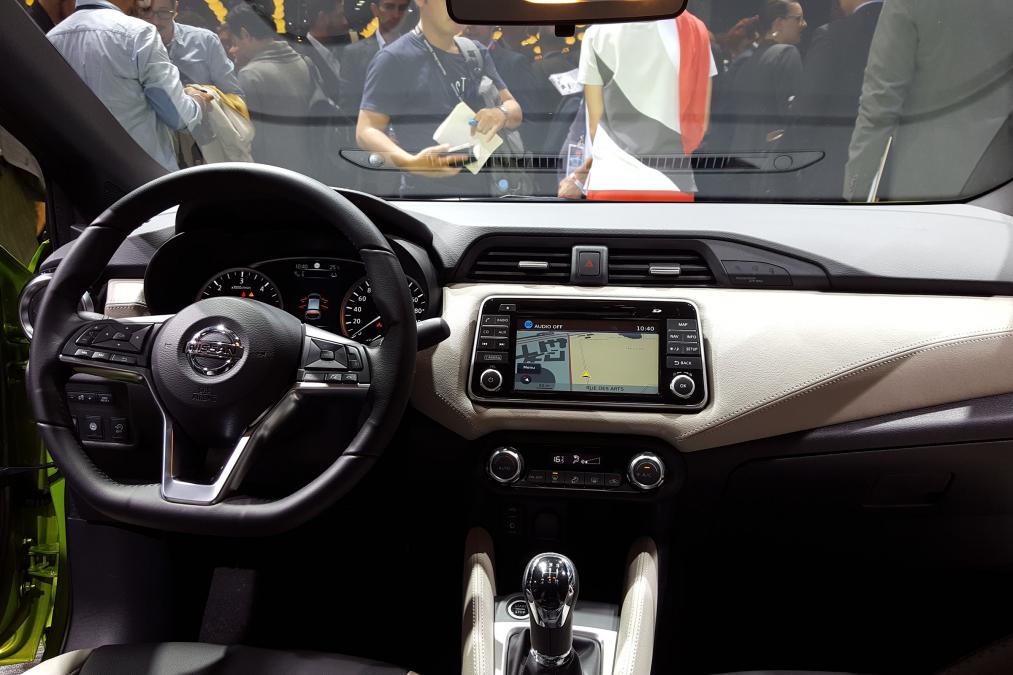 There is no argument that the new Micra is going to be a contender in the supermini class again, and quite a dangerous one for that.

Nissan has made its move, and now it’s Ford’s turn to show up what it has got up its sleeve as it’s expected that the new Ford Fiesta will be revealed later this year.

Can ford make a surprise with its already handsome Fiesta and make it even better? (C’mon Ford, some legroom for the passengers in the back, please?)

Another important question that we all have is whether or not there will be a Nismo version of the new Micra? Can Nissan crown the car’s comeback and introduce a new rival to the excellent Ford Fiesta ST?

Well, that would be truly something, wouldn’t it?

November 23, 2016AUTO ZNo commentsCars news and reviews
No comments yet