In a devastating scene for any car lover living in this world, a frozen red BMW M4 has crashed into a Ferrari California in the center of Palanga, Lithuania. The accident took place last month and since then, the images of the two crashing cars went viral on the internet.

As displayed in the crash photos, it seems like the BMW M4 t-boned the Ferrari California from the right side and pushed it over the sidewalk to hit a small garden fence from the left side.

The red California is owned by a local Lithuanian businessman “Ugnius Kiguolis” who was having his casual afternoon drive when he took the hit.

Kiguolis owns a professional modelling agency with a background in software and anti-malware applications development.

The accident looks a bit awkward. It’s still unknown whose fault led to the crash, but it seems from the final position of both cars that the BMW M4 driver was bit reckless.

There is a perception that the drivers of BMW models, especially M4 ones, tend to be reckless and aggressive. Usually, they don’t care about other drivers.

However, the Ferrari drivers don’t have a better reputation though. They are known for being reckless and aggressive too. This time, it looks like the M4 driver was more aggressive.

Given the severity of the crash, it’s reasonable to say that both drivers were acting recklessly. Maybe they got what they deserve. 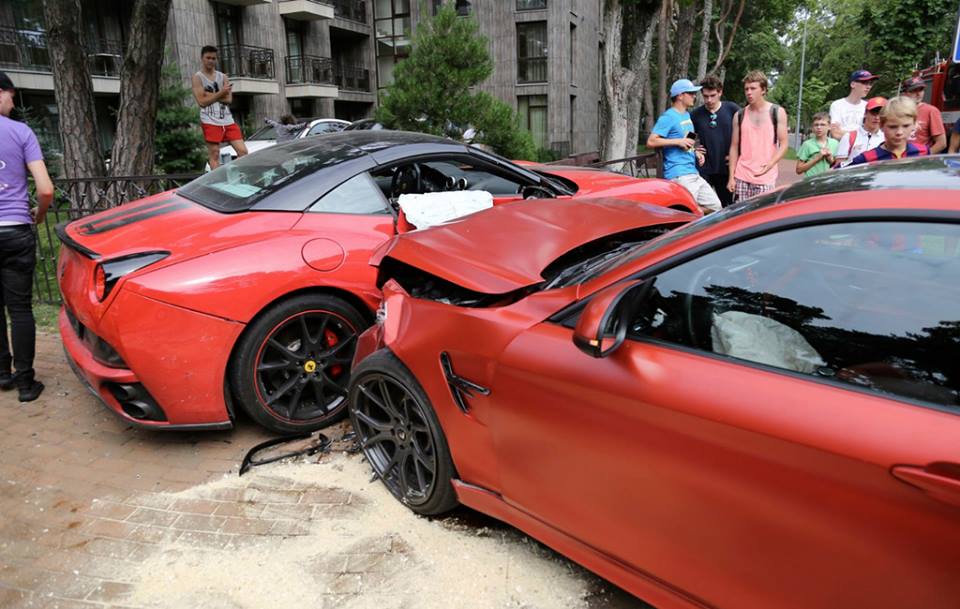 Fortunately, no one was hurt. Both drivers went out of the cars safely enough to walk back, and that’s what only counts actually.

Both cars appear to be intact and solid too, although the Ferrari look a bit messed up especially from the right side, but there is nothing severe to note.

The M4 held up very well, however, it leaked some fuels after the crash where sand was poured on to absorb.

Despite the minor damages and drivers safety, the accident site is still a sore to the eye. It’s a shame to find fine cars like these in such a state, especially that it’s a silly accident that could have been easily avoided.

Nobody knows what really happened, we still don’t have a clue about the cause of the accident. It’s good though that nobody was hurt, hope we don’t see another horrible scene like this again, at least this month. 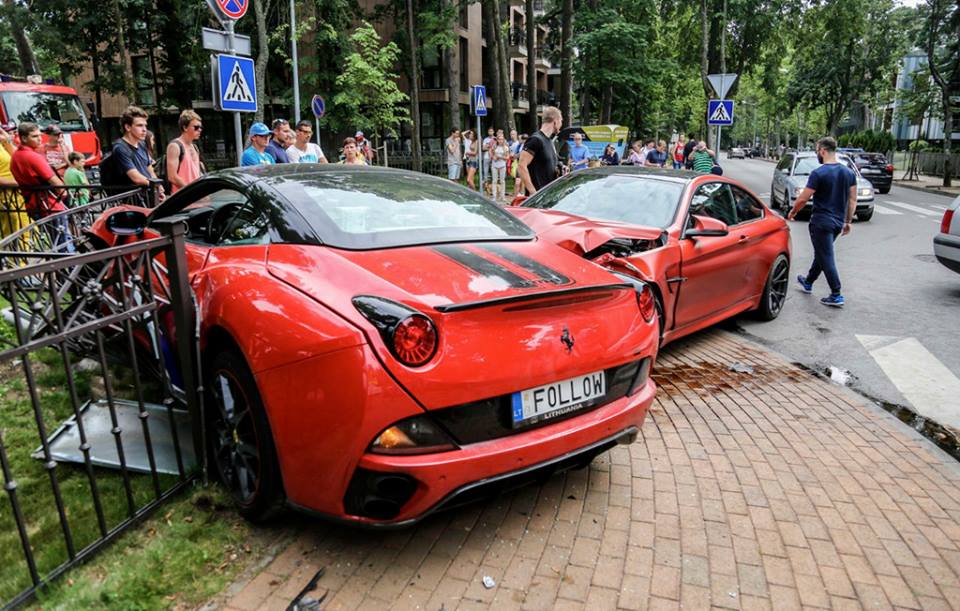 This not the first car accident to go viral on the internet this summer. A Google self-driving car was involved in a car accident that took place in Los Altos, California.

The car was while waiting at an intersection. The vehicle was hit from behind and sustained minor damages in its rear and sensors bay.

It wasn’t defined if the other car sustained any other damages since the driver left seen directly after making the hit without exchanging any information.

This is the second car accident to involve a Google self-driving vehicle this year after an accident in February when a car struck a bus while shifting lanes.

September 5, 2016AUTO ZNo commentsCars news and reviews
No comments yet